One place. Many things to say. Some creative and some slay. Read on or play away.
Tips, announcements, and advice. 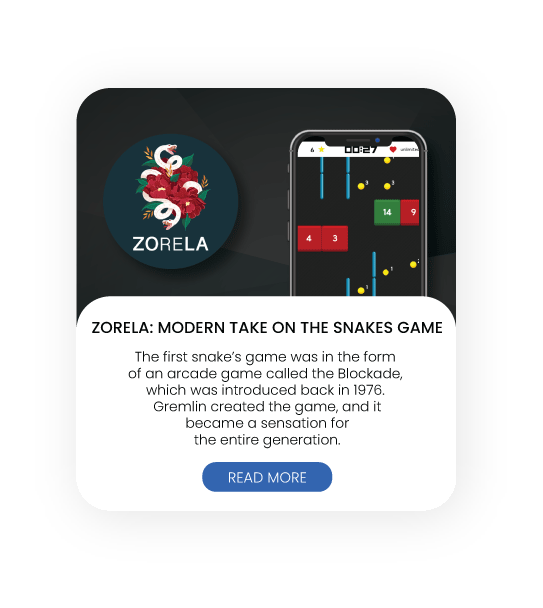 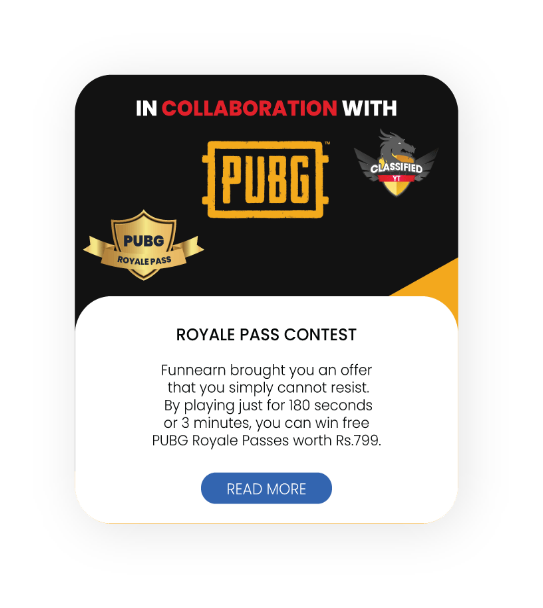 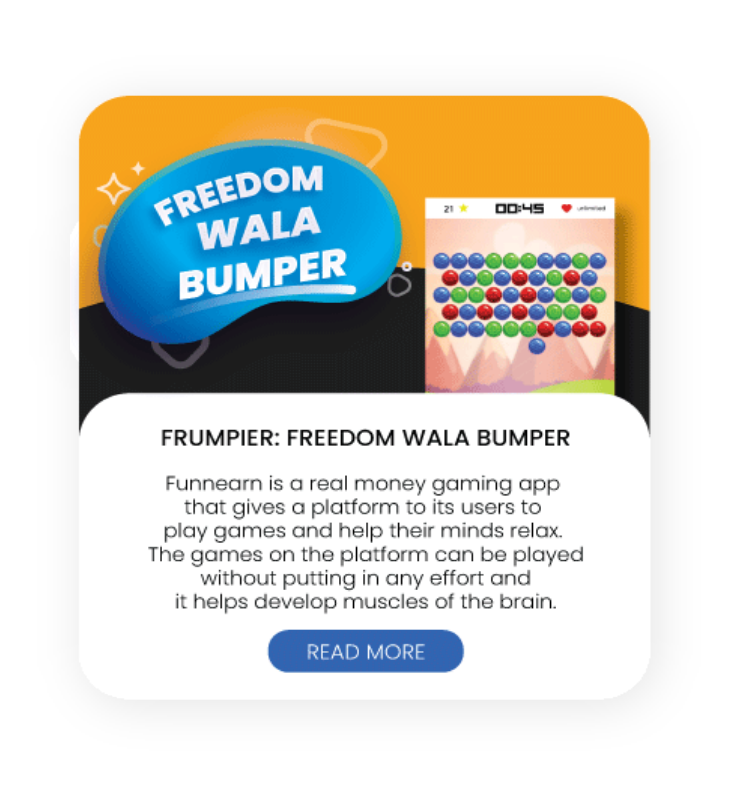 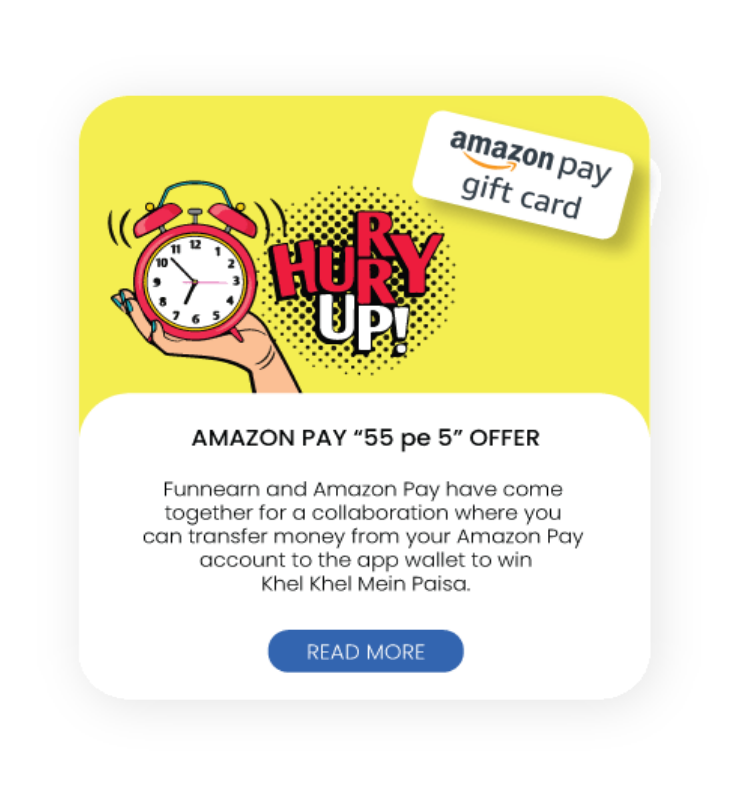 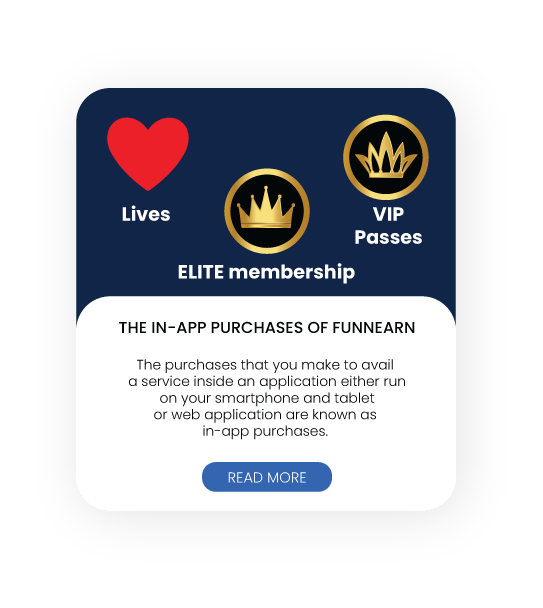 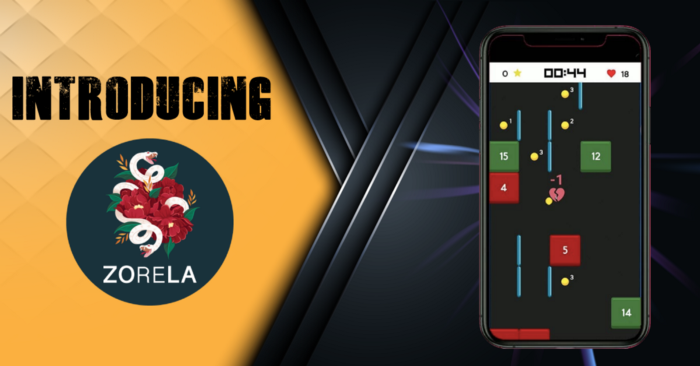 Anyone above the age of 25 years has undoubtedly played the snakes game that was first introduced in the Nokia mobile 6110. The first snake’s game was in the form of an arcade game called the Blockade, which was introduced back in 1976. Gremlin created the game, and it became a sensation for the entire generation.

Funnearn has redesigned the snake’s game for today’s world and added a few tweaks here and there. The modern version of the game makes a snake out of a single dot that appears on the screen at first but then slowly adds to its tail as it eats the points that come in its path

Today, the type of work and workload level had changed drastically from when the game was initially designed. Changing times call for better-adapted decisions. The game has been designed after going through multiple rounds of brainstorming. It offers a tremendous challenge to the player’s mind, where the player has to constantly choose a path while deciding which one is more rewarding. And mind you, the entire process, starting from the analysis part to decision making, has to be done in split seconds.

You can play the game in 1 on 1 battle, Bumper, and Carnival, all of which allow you to win #KhelKhelMeinPaisa instantly. The game also rewards the players handsomely by multiplying the money in just 60 seconds! That’s faster than the time you need to spend the money. The Funnearn app games are a great way to earn money and improve your skills, making it a favorite go-to app whenever you pick up your mobile phone. 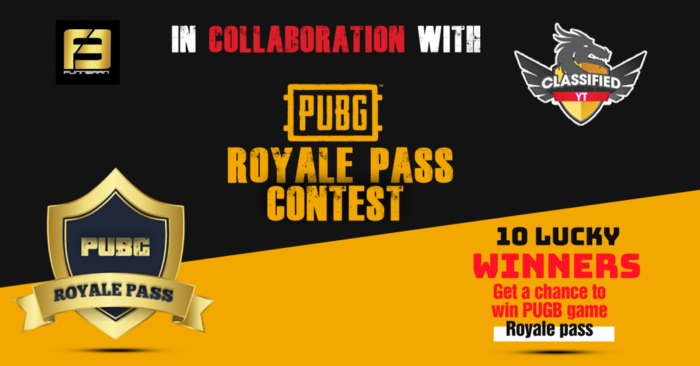 We Indians love getting freebies, and we take full advantage of such offers. And when the offer is for free Game passes that are worth a high value, we are even more excited about such offers.

Funnearn is a real-money gaming app that rewards the players with real money for the games that are played on the app but, this time, there is a better offer in store. Funnearn has brought to you an offer that you simply cannot resist. By playing just for 180 seconds or 3 minutes, you can win free PUBG Royale Passes worth Rs.799.

All you have to do is download the Funnearn mobile app and signup on the app for free.
The players have to play and win at least 3 paid games in 1 on 1 Battle during the contest to be considered eligible for the prize at the end of the competition.
This is an open-ended competition, which means any number of users can participate in the contest.
The winners will be announced soon after the PUBG Royale Pass competition ends.

You can play the game in 1 on 1 battle, Bumper, and Carnival, all of which allow you to win #KhelKhelMeinPaisa instantly. The game also rewards the players handsomely by multiplying the money in just 60 seconds! That’s faster than the time you need to spend the money. The Funnearn app games are a great way to earn money and improve your skills, making it a favorite go-to app whenever you pick up your mobile phone. 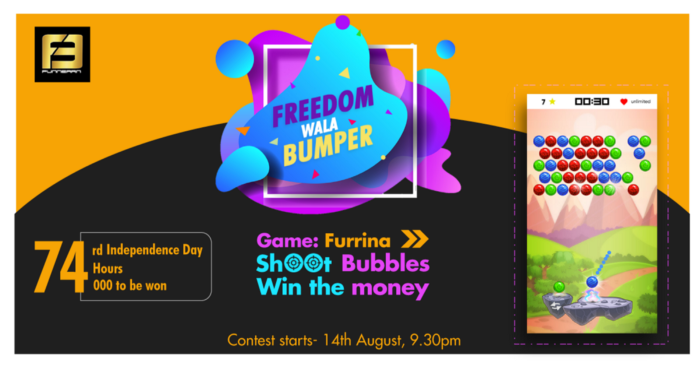 Funnearn is a real money gaming app that gives a platform to its users to play games and help their minds relax. The games on the platform can be played without putting in any effort and it helps develop muscles of the brain.

We have always believed that people must be given a chance to earn money and become independent. So, on this 74th Independence Day, we came up with a plan to encourage people to become financially independent by organising a free bumper competition. Introducing Furrina Freedom wala Bumper where you can earn a lot of money by playing a simple bubble shooting game.

There was a huge demand for a coupon code from the users. Their wish; our command. Thus, we have launched a Coupon code — LIVES20. On using this code, a user will get free 20 lives which he/she can use in playing the game. Please note that the code can be applied only once per user.

So many huge prizes to be won. Don’t wait up. Download the Funnearn app now!! Happy Playing!! 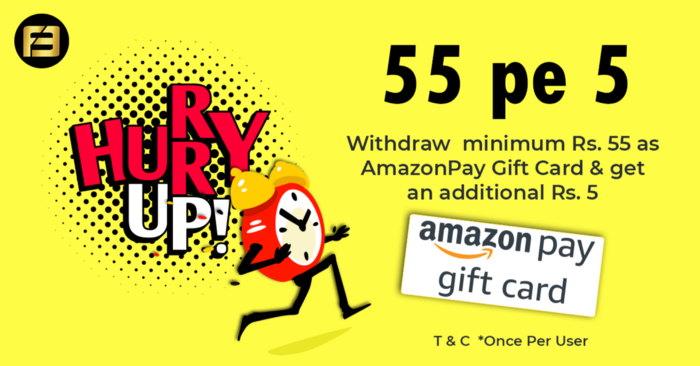 Funnearn is an RMG app where you can double your money in 1 minute by playing easy and fun hyper-casual games. The USP of the app is Instant Money Transfer via different payment modes like Paytm, Bank Account, UPI, or Amazon Pay. Amazon Pay is an online payment processing service that is owned by Amazon available in more than 15 countries, including India.

About 55 pe 5 Offer
Funnearn provides its users with the best offers and maximum money-making options whenever possible. A collaboration with Amazon Pay to pilot the offer called “55 pe 5” was started on Saturday, 11th July 2020, and will end on Tuesday, 14th July 2020.

Funnearn and Amazon Pay have come together for a collaboration where you can transfer money from your Amazon Pay account to the app wallet to win Khel Khel Mein Paisa. 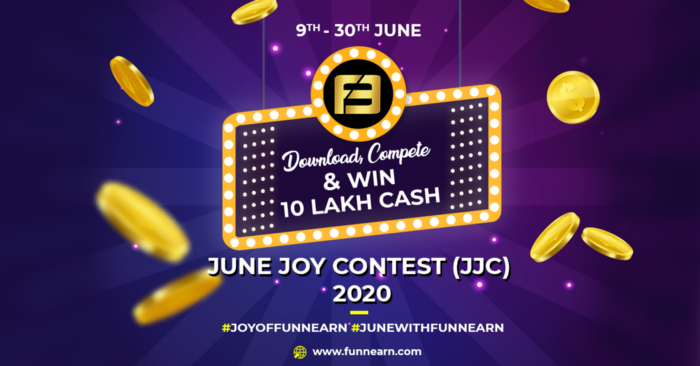 Lockdown has presented a great opportunity for all of us. And it came in the form of Lockdown League of Legends where Funnearn offered INR 10 Lakh to be won in just 10 days.

On popular demand, we are back with another competition, i.e. June Joy Contest (JJC) #JoyofFunnearn with the same prize money but many other prizes to offer, but this time for a longer duration because many of you messaged us and wanted a chance to play and win khel khel me paisa.

The June Joy Contest #JJC2020 by Funnearn will start on 9th June and will go on till 30th June. This #JuneJoyContest is bigger and better than before. The contest this time will reward 100 players and will give you the opportunity to win prizes worth 10 lakhs and cash prizes up to 5 lakhs along with Netflix and Amazon Prime subscription of 1 month and Elite Membership of Funnearn.

The contest video of #JunewithFunnearn is live on our YouTube channel which you can subscribe to get regular updates for all the contests. Funnearn is becoming the preferred choice of the app with a huge number of gamers on the platform who participate to win instant money and Paytm cash. Big winnings and multiple choice of games for everyone stops you from the trouble of toggling between the apps. The games offer a great gaming experience on your device while challenging players from across the country to prove your mettle for the ultimate prize money. These captivating 1 on 1 Battle games can win you free money that is directly transferred from your Funnearn app wallet to or Bank account (if you are an elite member). 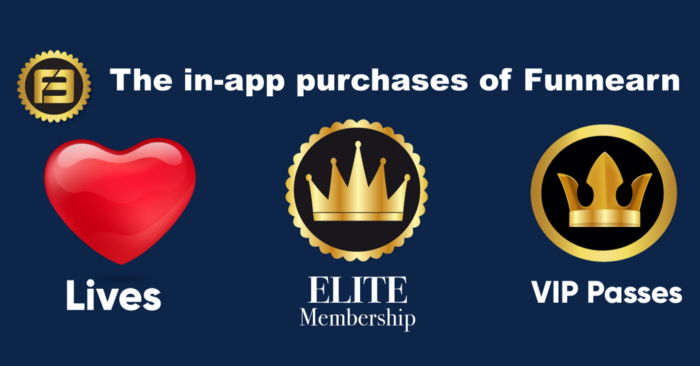 The purchases that you make to avail a service inside an application either run on your smartphone and tablet or web application are known as in-app purchases. These in-app purchases allow you to access features that the normal users cannot see or use, giving you an advantage or privilege to enjoy over other players contesting the same game.

The Funnearn app also has some in-app services that you can buy to leverage an advantage over the competitors and khel khel me paisa where 1 minute mein paisa double can happen and you can win instant cash or Paytm money.

Shopping Cart section as an in-app purchase allows you to buy these lives. It is also possible for a user to earn free lives and perform better in the games and do 1 minute mein paisa double.

It is faster than making 2-minutes noodles.
Download now to play and earn. 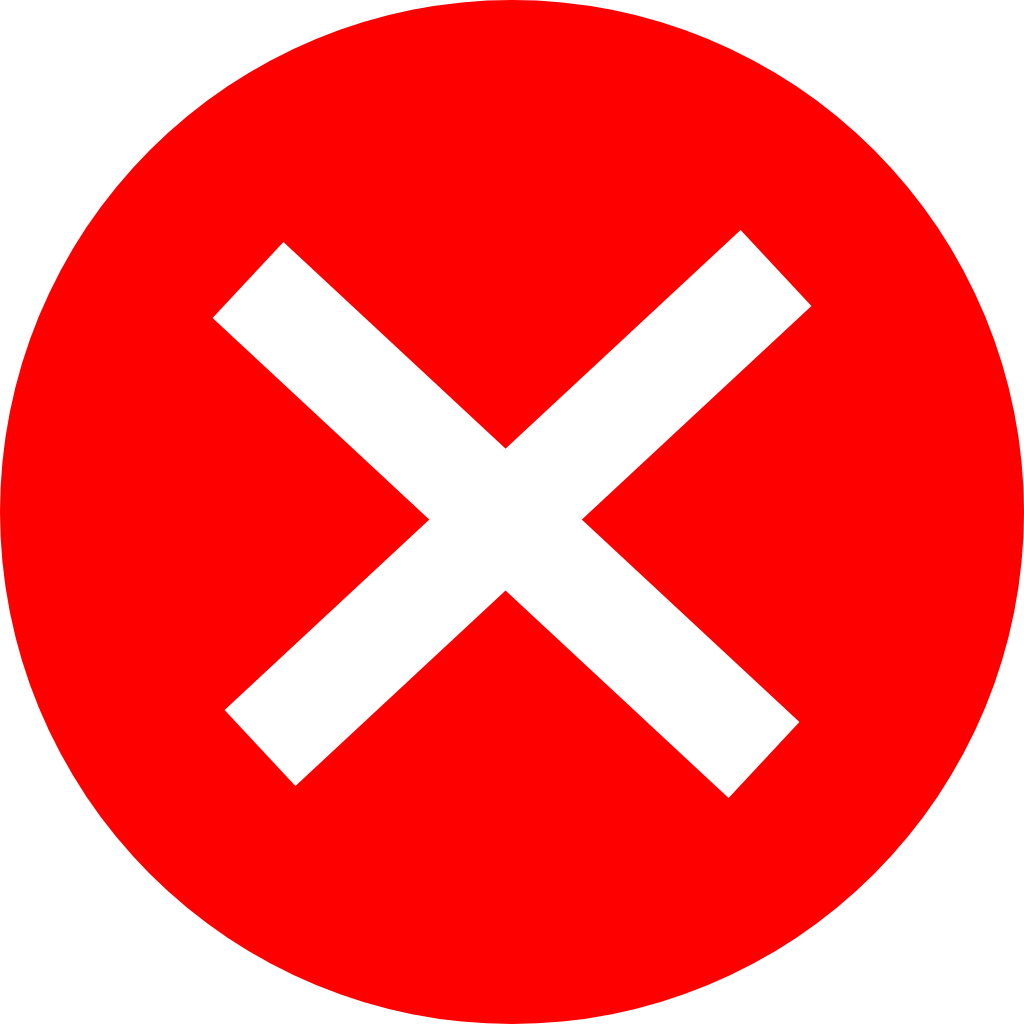 It is faster than making 2-minutes noodles.
Download now to play and earn.